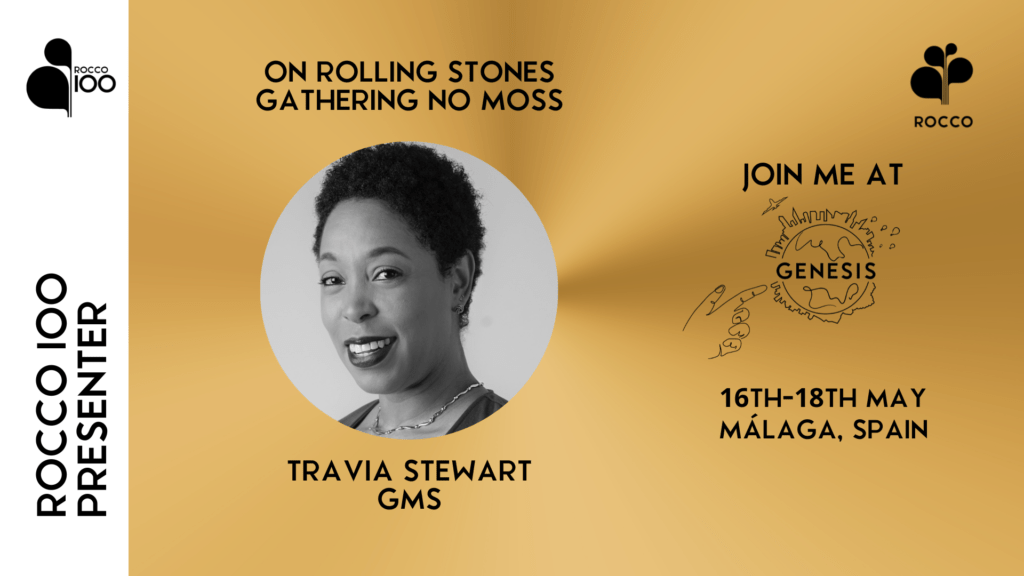 On the first two days of Genesis 2022, ROCCO will host the ROCCO IOO stories: speeches from various visionaries of the ROCCO IOO top 25. They will tell us details of their lives that have made them stand out in the industry.

ROCCO is happy to announce that Travia Stewart, Hubs Business Development Manager at GMS will be presenting “On Rolling Stones Gathering No Moss”.

Travia Stewart is a proud Jamaican who has made Europe her adopted home since 2012. Her foray into telecommunications began when Digicel launched services in the Caribbean in 2001, then transitioned into International Roaming 4 years later.

She has honed her skills and passion for telecommunications and international roaming by working in greenfield enterprises as well as mature operations. Having amassed significant international experience from working in the Caribbean, South Pacific, the US, and Europe, Travia has honed skills in Sales and Business Development, Roaming Strategy Management, Training, and Roaming Operations with Mobile Network Operators and some of the more popular names in the roaming/carrier solutions space.

Travia’s passion for travelling and meeting and collaborating with people from different cultures makes working in such an international environment the perfect match!